Superfood of the 21st Century 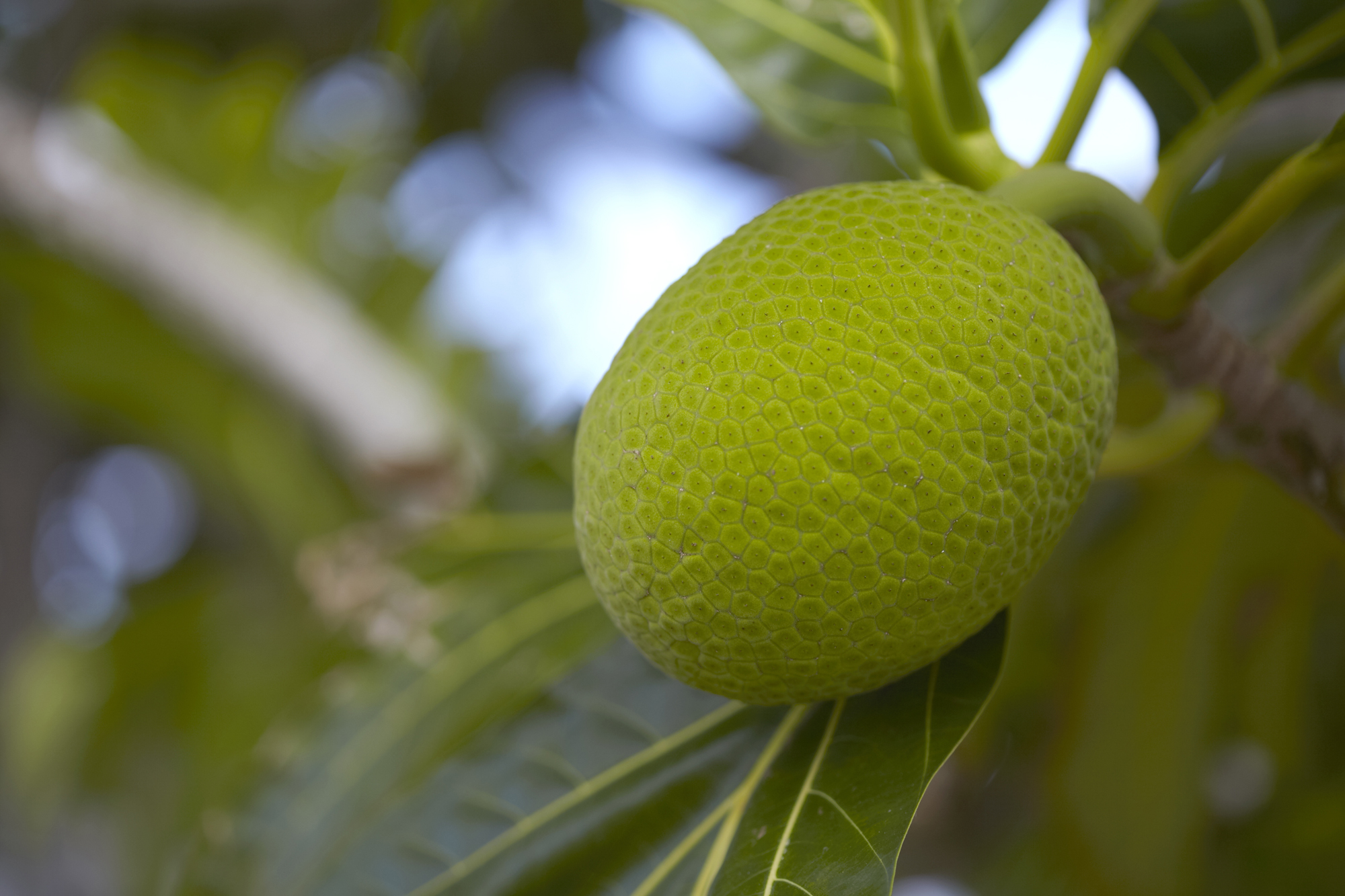 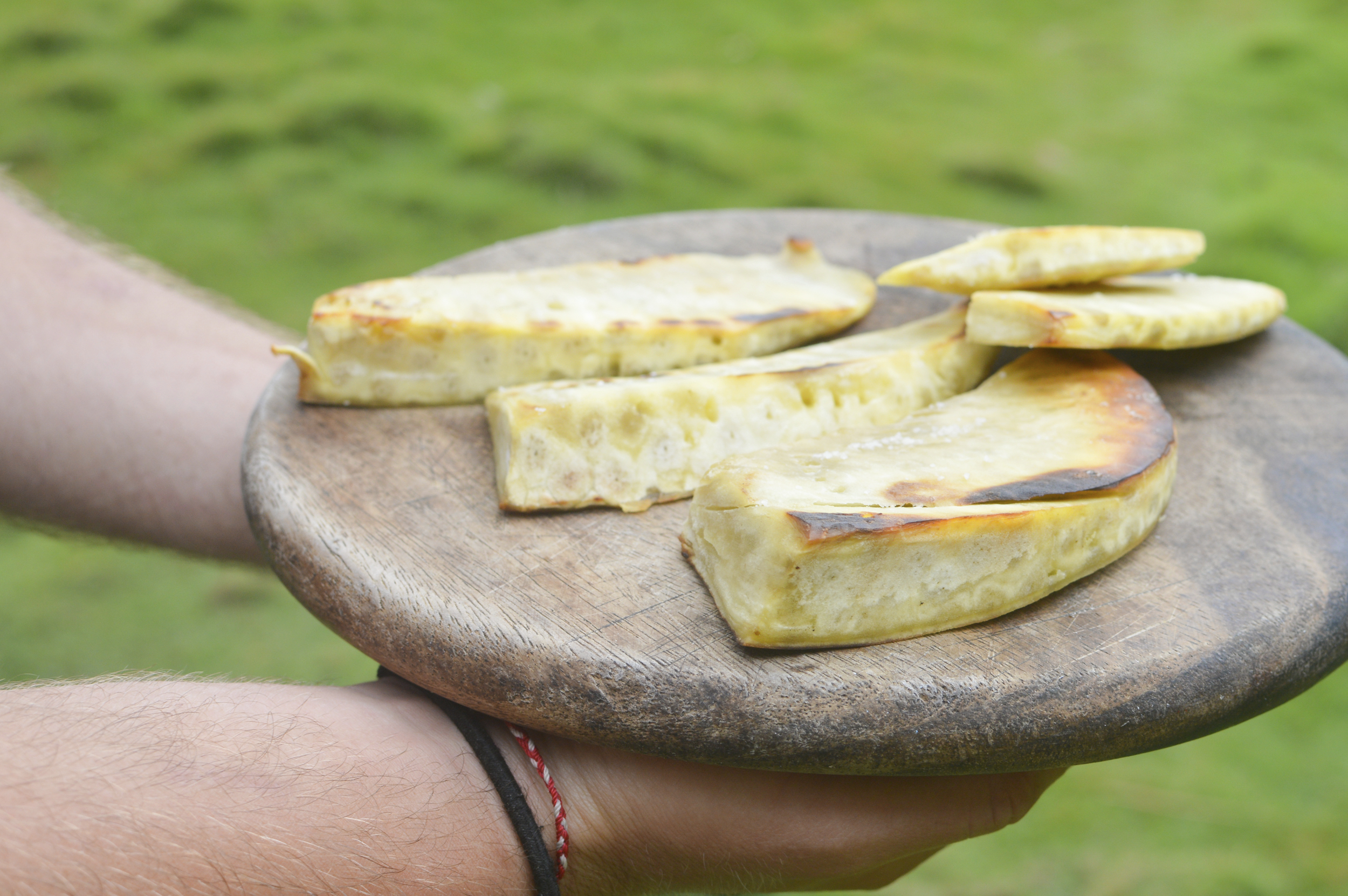 Finding new foods with remarkable health benefits is a constant quest. The kiwi, an egg-shaped import from New Zealand, hit the United States in the 80s boasting of untapped qualities embedded in its citrus pulp. Not long after, the pomegranate was “discovered” and hailed for its unrivaled antioxidant levels. More recently kale has been the reigning superfood, finding its way into smoothies, dried into chip form snack, or sprinkled with some lemon juice for a fresh salad.

Unbeknownst to many, there’s a new superfood emerging that’s far and away one of the most nutritious and beneficial fruits the earth has ever produced.

This low-fat, high-carb, nutrient-rich dietary phenomenon bursting with omega acids and phytonutrients is known as breadfruit. Never heard of it? Not surprising. It barely registers more than a blip on the nutritional radars outside of the subtropical zones the trees thrive in. While relatively unfamiliar to most of Western culture, this mighty tree has been fueling the food needs of countless countries in Asia and the Pacific Islands for centuries, providing entire societies with some of the most power-packed meals known in a naturally occurring food source.

A quick overview of the basic scientific composition of the breadfruit should give you a strong indication of the potential it holds. Artocarpus altilis, commonly referred to as ulu throughout the Hawaiian archipelago, is a member of the mulberry tree family that produces football-sized fruit with a wealth of medicinal, therapeutic, and nutritional applications. The fruit is chocked so full of essential components for healthy living that some consider it a “superfood.” Countless indigenous peoples have relied on the breadfruit tree for generations, not only as a source of food, but as materials for construction, for cordage, as an adhesive, and even as animal feed. Modern science is now validating these key traditional uses and exploring breadfruit’s potential as other organic health and wellness products.

What Does Breadfruit Do?

The combination of antioxidants, vitamins, carbohydrates, and fiber along with thiamin, riboflavin, niacin, iron, and phosphorus running through breadfruit is natural recipe for healthier living and increased mental acuity. The fruit has so many positive physiological effects on skin, organs and muscles that it has been hailed in countless respected publications as one of the pivotal foods in the fight to end world hunger in developing nations, while being a viable specialty food in first-world markets. Given that it can be used as a topical cream, a control against diabetes, an alternative to rice, pasta, and other gluten-rich foods, as well as an analgesic agent, breadfruit is one of the most versatile plants on the planet. Here’s what breadfruit can do for you.

Skin: USDA researchers found that the dried male flowers of the breadfruit (known as male inflorescences) contain natural compounds that are “significantly more effective at repelling mosquitoes than DEET, the primary insecticide used against biting insects.” (Indigenous people have burned the flowers to ward off mosquitos for thousands of years). The root of the tree, when macerated, can be used as a poultice to clear up painful skin conditions and reduce painful irritations by preventing the overproduction of nitric oxides.
Pain Relief: Breadfruit can be used as an effective treatment for a number of injuries and bodily ailment. For starters, the latex found in all parts of the tree can make a painkiller to combat headaches and ear infections or as a topical paste to heal inflammations, soreness of the eyes, and toothaches.
Hair Health: The surging levels of vitamin C in breadfruit, when applied to hair, can aid in the absorption of key minerals. In addition, the iron content in breadfruit can increase blood circulation to the scalp, which helps promote increased hair growth. The omega 3 and omega 6 fatty acids reduce dandruff and scalp itchiness while giving hair natural luster.
Energy: Carbohydrates, a key building block to healthy living, are the body’s main source of energy. One cup of breadfruit contains a whopping 60 grams of carbohydrates. To put this into perspective, one average sized breadfruit, weighing approximately 7 pounds, contains enough carbs for a meal serving a family of five.
Cardio: One cup of breadfruit has more potassium than three bananas. Potassium, when ingested, serves a pivotal role in the proper regulation of blood pressure and heart rate while simultaneously lowering bad cholesterol (LDL) and increasing good cholesterol (HDL).
Diabetes: The fiber and low glycemic index in breadfruit has been shown to help fight diabetes by reducing the absorption rate of glucose from ingested food.
Bone Growth: The omega 3 and omega 6 fatty acids found in breadfruit can help stimulate bone health and density, which helps to stave off osteoporosis.
Digestion: Along with the advantages to fighting diabetes, the high fiber level in breadfruit assists in the proper functioning of intestine and bowel processes. As a related effect, breadfruit has been shown to reduce the overall risk of contracting colon cancer.

How Can Breadfruit Be Consumed?

Breadfruit can be eaten raw, boiled, baked, charbroiled, pickled and more. At full ripeness, the fruit can be cut and dried into chips or added to dessert recipes for delicious new twists on ice creams and cakes. Shred it for a slaw, scallop it like potatoes, simmer it in a curry, or turn it into some seriously tasty fries. Breadfruit has even been used as a base ingredient for beer—a collaboration between craft brewers of the Maui Brewing Company and Dogfish Head. How you eat breadfruit is limited only by imagination. There are a small number of breadfruit cookbooks already out on the market. There is also a handful of YouTube videos online showing breadfruit enthusiasts sharing their favorite recipes. You should feel encouraged to experiment and come up with your own recipes to add to the growing list of possibilities. 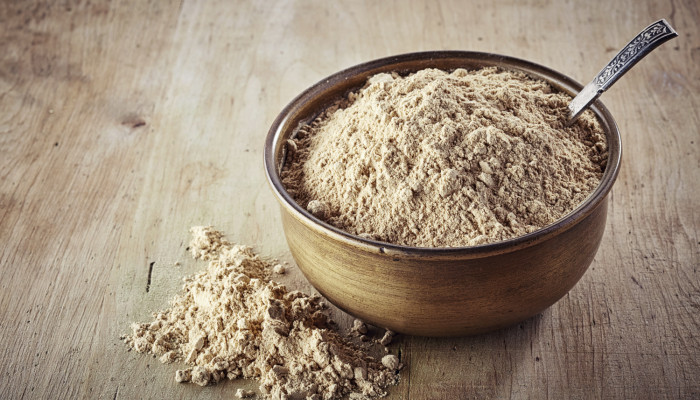